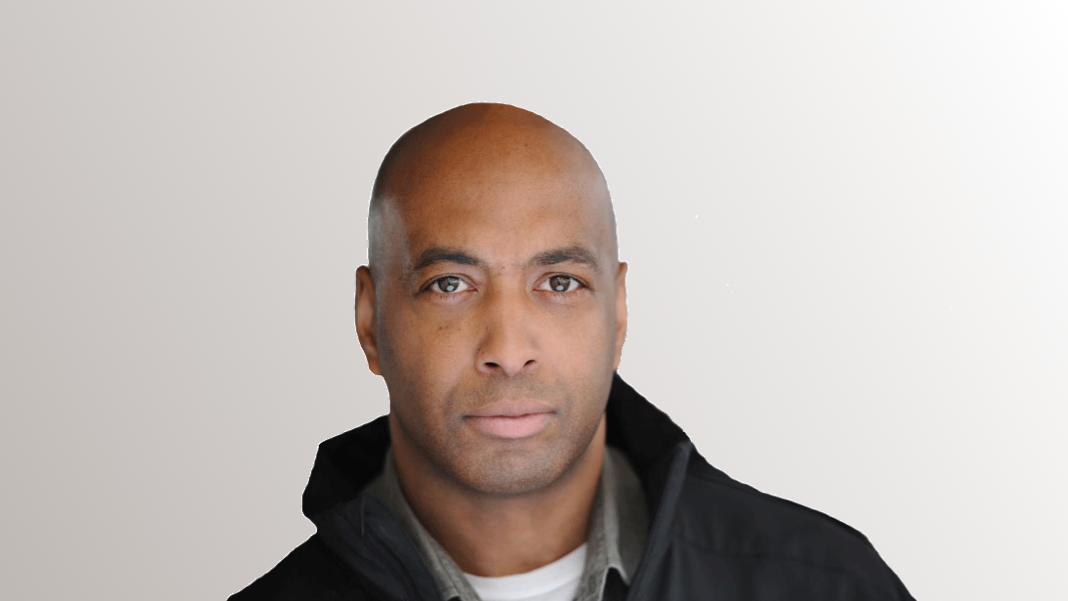 Brian is a thriving derivatives attorney and senior negotiator for Axiom, who works with major players in the financial services industry. His career, however, has been anything but linear — and that’s something he sees as a positive. The engineer-turned-lawyer has grown by taking a divergent route, nurturing different skill sets, and exploring multiple paths to build a life in alignment with his values and passions. This includes being a devoted actor you may remember seeing in the Academy Award-winning film Green Book.

“I do primarily film and TV, and I always seem to end up playing a cop, which is really funny,” Brian says with a laugh. “Casting directors always see me that way, but the good thing is that there’s always a role for a cop.”

From working in political, real estate, and financial law, Brian brings his deep experience to clients in the financial services industry, while bringing his creativity and expertise to the big and small screen.

Entering the liberating world of law

After earning his undergraduate degree in mechanical and industrial engineering from Marquette University, Brian began his career as a public health engineer. But he only worked in the field for about 18 months before pivoting to legal work. “I realized that engineering only saw the world in numbers and black and white, whereby in law, there were so many gray areas, depending on one’s argument and perspective,” says Brian. “I saw the knowledge of law to be liberating, while engineering was more confining.”

This brought his journey to Tulane Law School, after which he headed to Los Angeles to practice law at a sports and entertainment firm. This was in the early ‘90s, when the city was soon embroiled in the Rodney King riots. It was a tumultuous time for many, and Brian eventually found himself disillusioned with LA life. He returned to New Orleans, where he went on to practice maritime and political law, and ran a number of successful state- and citywide political campaigns.

“I had a spotless record and never lost any statewide or major political election,” says Brian, who was mentored by master political consultant James Carville.

Creating a dynamic career in finance and real estate law

He switched gears in 2000, moving to New York City and settling into finance law, where his clients included major banking institutions. Brian spent this time primarily negotiating financial derivative contracts and associated documents. He thrived in this specialty area until 2007, at which point the type of derivative work he was doing essentially dried up. Brian landed on his feet, starting his own law firm where he primarily focused on real estate investment trusts and real estate mortgage investment conduits, along with other structured finance work.

“I enjoyed the work, but after almost eight years, it came to a point where the nuts and bolts of running a law practice became too onerous,” says Brian. “I found myself doing more managing than the actual work of being a lawyer, so I disbanded the firm in 2015.”

The stars aligned soon after, when Brian came onboard with Axiom in August of that year. While Brian’s work experience certainly varied, he was always strengthening his specialty area and honing his law skills. Since joining the Axiom team, he has focused on on the documentation of various financial contracts relating to interest rate swaps and equity swaps.

“My engagements have involved pretty much handling any financial document that is used by a trading desk for their financial products,” he says.

As someone who’s spent many years in the trenches, Brian has a firsthand view of the many factors impacting the financial services industry, including the current downturn.

For the companies that make up the industry, getting their initial margins in order and staying in compliance with all regulations is crucial. He adds that since LIBOR is also going to be fading away as a financial benchmark next year, many financial contracts have to be reworked as a result— a challenge in and of itself.

“Another thing to keep in mind is Brexit, which will take effect at the end of this year and into 2021,” says Brian. “A lot of big banks had contracted with British entities in order to get passporting into the European Union, but a lot of them will soon have to do separate financial contracts with an E.U. entity to get access to the E.U. market, because Britain will no longer be that access point.”

From where Brian sits, he’s focused on ensuring clients are in compliance with the new regulations that are coming into effect.

“Another challenge that’s really pressing for big banks is that they need people who have the legal expertise to make sure that they’re indeed going to be in compliance,” says Brian, “There’s only a small talent pool out there that hasn’t been picked up by another bank.”

Where legal departments need to adapt in order to thrive

New regulations reign supreme. A hurdle for many legal departments has to do with getting proper personnel on board who are subject matter experts in the specific regulations that are going to be coming into effect.

“For legal departments, the goal is to try and make sure that their consultants are adequately trained, are up on the subject matter, and are taking the requisite Continuing Legal Education courses so they’re equipped to represent them and do the work that needs to be done,” he says.

One other significant detail is around the actual implementation of new regulations. According to Brian, consultants have to be vigilant and realize that not only do they have to know what’s going on — they also have to know what the policy will be.

“We’re being brought on to know what we’re doing, but also to be malleable to changes that come forth on a daily, weekly, and monthly basis,” he adds.

While legal work is indeed one of Brian’s passions, it certainly doesn’t stand alone.

“I was working on Wall Street during the 9/11 terrorist attacks,” he shares. “It was something that really made me realize that I could toil my life away and just earn a paycheck — and it’s a good paycheck — or do something that I was really passionate about.”

In other words, it was a wake-up call to Brian that life is short. Acting was always something he’d loved as a child, so he rekindled his training. Just as he’d gone to law school to understand the intricacies of the legal system, he took up formal acting training to learn the craft. He went on to graduate from the two-year professional acting program at William Esper Studio, all while continuing to practice law.

“With acting, like anything else, you have to be willing to do the work and really know your process until you’re flawless at it,” says Brian. “That’s what makes a great actor.”

Brian has starred in a number of popular television series, including NCIS: New Orleans, House of Cards and more. Axiom’s flexible model provides him with time to work on his craft, audition for roles, and ultimately grow both creatively and as a lawyer.

Interested in learning more about joining Axiom’s dynamic legal community? We want to hear from you!

Balancing Finance Law with a Passion for Fashion Criticism

Axiom’s flexible engagement model enables Jean Warshaw to bring her experience in commercial, environmental, and IP law to a wide range of clients.