Balancing Finance Law with a Passion for Fashion Criticism

“At Axiom, I feel like I can bring my whole self to work. I don’t feel like I need to hide or be ashamed of anything. I’m just completely myself.”

Lithemba lives in London and has been a banking and finance lawyer with Axiom since 2017. He was originally drawn to Axiom after learning about the flexibility and work/life balance Axiom’s flexible employment model provides. Lithemba’s legal career began in South Africa, where he grew up, and has led him to London after in-house practice in Pittsburgh, Pennsylvania, and at law firms in Johannesburg, Amsterdam, and London. In addition to his legal work, Lithemba is also a passionate observer and critic of the international fashion scene, and writes about fashion for publications Glam Africa Magazine and Nataal.

An early passion for law

Lithemba’s interest in a legal career was sparked very early in his life. At the age of seven, Lithemba first became excited about the idea of becoming a lawyer after watching his mother, also a lawyer, in court. “There was one day when she couldn’t find a nanny for me on a school holiday,” he says. “She ended up having to take me to work, and I saw her arguing in court, and I thought, ‘I want to do that.’” He says it was an easy decision to make when it became time to choose a career.

Lithemba completed his undergraduate degree at one of the top-ranked law schools in South Africa, University of the Witwatersrand, Johannesburg, or “Wits University” for short. After working as an associate at a big law firm in South Africa, he was awarded a Fulbright Scholarship to study at the University of Pittsburgh School of Law, where he earned his LLM in International and Comparative Finance Law.

A breadth of commercial and regulatory experience

His career has also taken him across the globe. After completing his LLM, Lithemba had his first experience working in-house at Westinghouse Electric Company in Pittsburgh, concentrating on project development and finance of nuclear electric power plant projects in South Africa, China, and the Czech Republic.

“I had a terrific experience being in-house there, and I always wanted to go back to being in-house,” says Lithemba, “but I needed to spend more time ‘getting chiseled’ in private practice, as one of my former bosses used to say.”

In 2010, Lithemba returned to South Africa, where he practiced banking and finance law at two law firms before moving to Amsterdam to work as a finance lawyer at Freshfields Bruckhaus Deringer, and then to London to practice law at King & Wood Mallesons (KWM). One highlight during his time at KWM was being involved in a transaction for the sale of three commercial properties in Manchester, Bristol, and Aberdeen for over 360 million pounds, which at that time was the largest regional finance transaction in the UK since 2007. 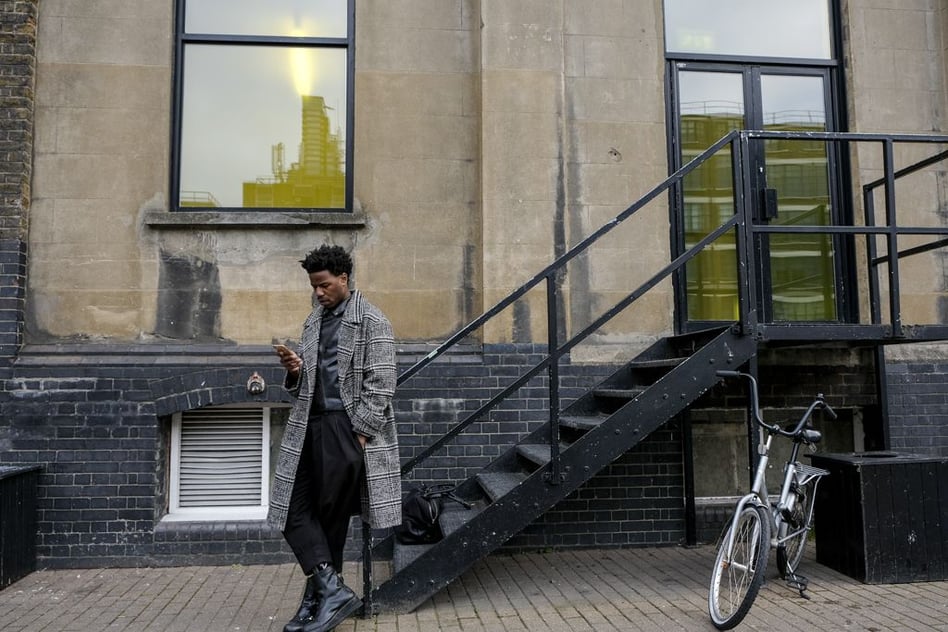 Building on in-house experience at Axiom

Lithemba loved the atmosphere of the in-house legal team at Westinghouse, and his private practice experience in banking and finance was a great lead to joining Axiom to work in-house with financial services companies.

“Axiom seemed like a really good opportunity to get myself back into in-house experience. And my first engagement with Axiom was perfectly suited to the kind of work that I’d been doing in private practice all along. So, it was a perfect fit, in a way that the skill set that I’d garnered in private practice was what as acutely required for my role at my first engagement with Axiom.” 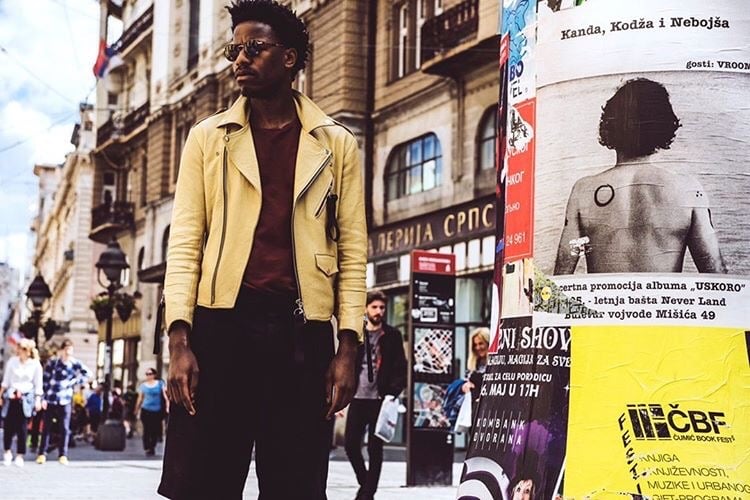 In addition to finance law, Lithemba’s other passion is fashion criticism, which he also developed at an early age. “I used to sit in my room and just constantly watch fashion shows. I’d write reviews for them on my little laptop.”

Lithemba takes fashion seriously, and aspires to show its impact on society. “I’ve always been appreciative of people who were able to look at fashion beyond a very flimsy, flaky, or superficial world, who appreciated the artistry, the inventiveness, the ingenuity, really, that comes out of what some designers produce. I aspired to be a commentator at that level.” He saw his opportunity when he moved to London. “When I moved here a few years ago, I realized that I had moved to one of the fashion capitals of the world,” he says. “I thought this might be my opportunity to make some inroads into that.”

He began writing for Glam Africa four years ago and has been a contributing editor for two years. He contributes all the fashion content for its print edition of the magazine, including reviews, profiles of designers, and coverage of the Fashion Weeks in London, Paris, and Milan. Glam Africa is a print magazine published in the UK, and is distributed there as well as in Nigeria, Ghana, and South Africa. His writing has also been published in Nataal, a media brand celebrating contemporary African fashion, visual arts, music, travel, and society.

Lithemba feels his experience as a lawyer has had a positive impact on his point of view as a fashion reporter and critic. “Being a lawyer has very positively influenced my work in the fashion world,” he says. “I have to think about professionalism, attention to detail, deadlines and how to meet them – and if you’re not going to meet them, how to handle that.”

The flexibility to pursue passions in addition to law is one of the reasons that Lithemba was drawn to Axiom. “It was unique to find a place that was encouraging and supportive of me as a whole person,” says Lithemba.

Axiom’s flexible engagement model has allowed Lithemba to have a balance of practicing the law he’s most interested in, while focusing on his interests and passions outside of law.

“It is so unique to have a place where you work that encourages you to have a life outside your work,” he says. “In private practice, you may be scared to even mention you do anything else. Working for Axiom has been a major catalyst for me to continue to further my interest in fashion.”

To join colleagues or work with lawyers like Lithemba, get in touch with us at Axiom.

Axiom’s flexible engagement model enables Jean Warshaw to bring her experience in commercial, environmental, and IP law to a wide range of clients.

Axiom lawyer Brian Distance has built a robust career in both acting and financial services law.

Four Benefits of Hiring Lawyers Through a Digital Platform