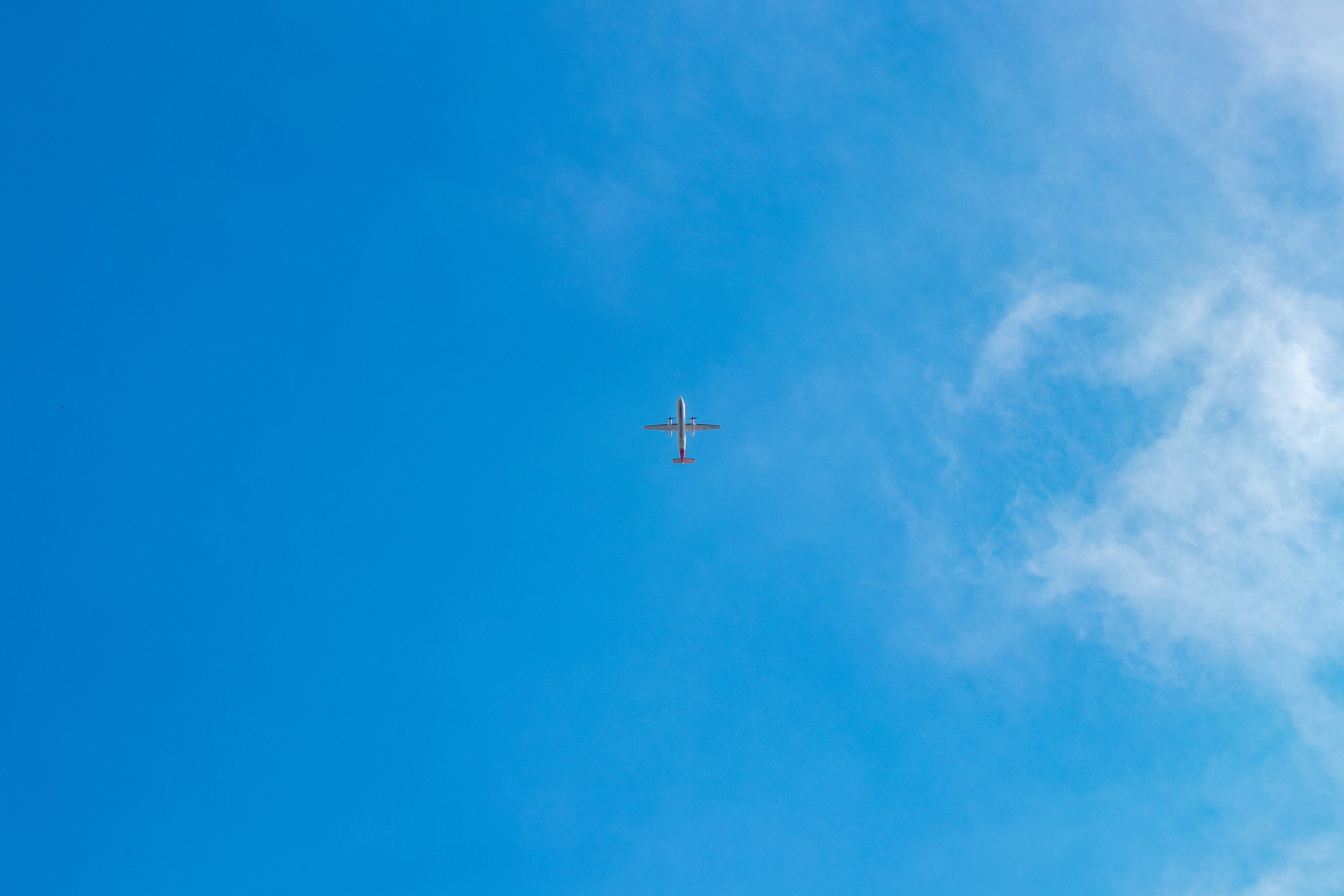 How this Axiom Lawyer is Reimagining the Legal Function

Axiom lawyer Trevor has a jack-of-all-trades background that comes in handy in his current role as a legal operational lead for a Fortune 500 company. His career is peppered with a colorful and unique work history that includes time spent as a police officer, volunteer firefighter, paramedic, and military officer.

“I went to college thinking I was going to be a doctor,” Trevor shares, adding that there were times he felt directionless. “Now I see that every step of the way only better prepared me for my role as a lawyer. I’m cool under pressure and not afraid of a challenge.”

Now based in northern New Mexico, Trevor’s legal career has taken him everywhere from Boston to the U.K., Sweden, Switzerland, and everywhere in between. He has crisscrossed the globe as a senior transaction attorney, helping to ink complex transactions in the commercial, corporate, and finance spheres.

These days, he’s coming up on his one-year anniversary with Axiom, which he joined shortly after returning to the States. Since then, he’s been helping to position legal as a department that supports business innovation within a large apparel company – a tall order, but one made easier in part by Axiom’s flexible legal talent.

At Trevor’s current engagement, Axiom lawyers were initially brought on to handle more low-complexity work. It has quickly evolved so that Axiom lawyers at the company are now actively supporting high-value, high-complexity work alongside creativity and business innovation – while helping to develop and harmonize key operational processes. Trevor credits Axiom’s flexible model with bringing this vision to life.

A calling toward corporate law

“I knew from the start that I wanted to be a corporate lawyer, as opposed to a litigator,” says Trevor, who zeroed in on courses in finance, securities, tax, mergers and acquisitions, and the like. “I summered with the EPA my first summer, then a law firm my second, which gave me an offer to come on full-time after graduating from Boston University.”

He lucked out in terms of timing, coming onboard just before the Great Recession took hold and positions became harder to come by. Trevor quickly proved his worth at the firm, primarily representing private equity funds and banks doing finance work on the commercial loan side. Private equity and M&A deal work turned out to be an area in which he felt right at home.

Still, part of him had the desire to eventually go in-house. An opportunity knocked on Trevor’s door about two years into the job. He jumped to a large electric and gas utility company in 2010, and brought his expertise with him to their international deals. He joined as a lawyer who straddled the corporate, M&A, finance, and commercial transactions teams.

“I was quickly identified as a fast riser there – someone who’s a candidate for aggressive professional development opportunities,” says Trevor. “The Group General Counsel asked me if I’d want to go to their London headquarters for a couple of years, and I said yes. That started what I like to call my big European adventure.”

He eventually moved on to the Swedish office of a security company, where he was tasked with handling all corporate and finance transactions for their group legal team. It became another opportunity for Trevor to hone skills that would eventually serve him well in his Axiom life – harmonizing and standardizing processes across the board so that the company itself could run more efficiently.

“I really loved the work and would have stayed with the company longer, but being an expat was challenging from a tax perspective,” says Trevor, who eventually moved back to his high school and college hometown in New Mexico. “I was very familiar with Axiom’s work by that point and decided to connect with a colleague of mine, who put me in touch with the team. The rest is history.”

Taking the reins as operational lead

Through Axiom, Trevor synced up with a major athletic apparel company in April 2019 to provide hands-on support for its global contracting team. It started out as a two-pronged role – helping draft and negotiate commercial contracts, and assisting the content team in developing templates and negotiation playbooks. Within a few months, he also began managing the Axiom inbox – the portal through which all work is delegated to the right Axiom lawyers who are on the engagement with the client – and assisting the global contracts team with operational initiatives.

“I’ve had my fingers in all kinds of buckets here,” Trevor says with a laugh. “Routing work to the team and building efficiencies in terms of process, both for the Axiom team and the legal department as a whole, is very much part of what I do.”

It’s little wonder he soon became the team’s operational lead, providing that extra bandwidth while helping to keep everyone connected so that different parts of the team were no longer working in silos.

Freeing up creativity and unlocking value through a standardized legal process

Because the company is so big, processes weren’t the most streamlined. Different parts of the legal department and business were doing things their own way, which meant there was no real consistency or standards in terms of legal process.

“It became hard for them to manage internal resources effectively, and they were relying heavily on outside counsel to bridge that gap,” says Trevor. “We wanted to take all that workflow that was bogging down the system and make it possible for them to operate more efficiently and effectively.”

Another critical piece of the puzzle is making sure the company itself is protected across all their agreements. This involves putting systems in place to standardize processes across the organization, like building templates they can use for various transactions. The content team is helping to standardize this, which also helps speed up the negotiation process. This goes hand in hand with connecting people throughout the company as a whole, so they can begin to leverage a more capable and efficient system.

“That frees the company up to be more innovative and creative, because we’re unlocking value and opening their eyes to new ways they can rely on Axiom,” says Trevor.

At first, Axiom lawyers were brought on to handle lower-complexity work. However, by helping to create and streamline essential operational processes, Trevor and the Axiom lawyers he works with at his current engagement are now actively supporting high-value, high-complexity work and driving business innovation. This shift has been made possible by Axiom’s flexible model for legal talent.

Trevor’s interests outside of his career are just as diverse as his legal work. The former Air Force captain has a natural love for flying. A licensed commercial pilot, he has his sights set on renting a plane a couple of times a month just to fly around northern New Mexico for fun. Trevor’s also a huge European football fan and follows it with a passion.

“I’m also an avid reader and a total history nut, so I’ve been reading a lot of history books lately,” he adds.

When he’s not working and his nose isn’t in a book, you’ll find Trevor hitting the nearby ski slopes and freestyle terrain park with his 15-year-old son.

The evolution of the legal industry

Trevor sees the future of legal work as one fueled by technology and innovation, both of which are increasing the pace of business.

“As a result, there’s an intense focus on being strategic and doing more with less,” he says. “In order to keep pace, the legal industry will need to meet this demand – not just by increasing operational efficiency through the use of legal technology, but by finding ways to enhance value outside of core legal services.”

The legal work he’s executing through Axiom certainly illuminates that singular vision – to increase value across organizations as a whole, beyond legal. Reach out to the Axiom team to connect with other like-minded lawyers like Trevor and to discuss how we can help you reimagine the way your legal work gets done.

Legal Budgeting in the New Normal

To meet this moment, GCs must challenge business precedent, starting with their legal budgets.

Tech lawyer shares her expertise with a variety of clients while broadening her work and developing as a legal professional.

Read how one attorney transitioned her legal career from litigation with an Am Law 50 firm to data privacy with Axiom.