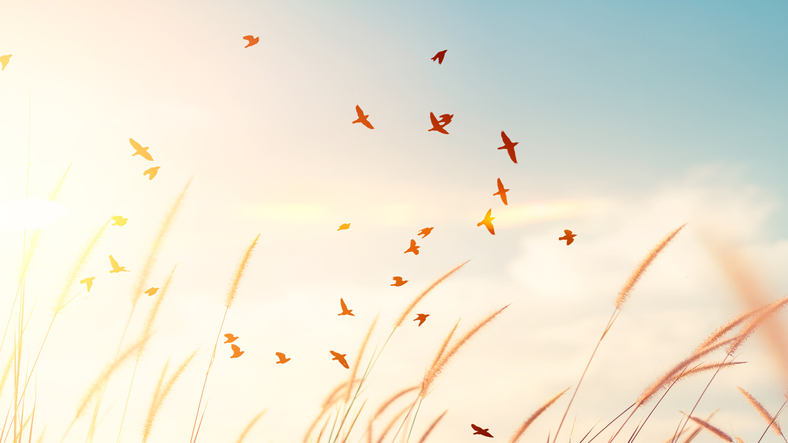 Within the business world, in-house legal teams have plenty on their plates. Between ironing out deal work and developing templates and playbooks, it’s easy to get tunnel vision. And with many legal sub-teams working in silos, keeping up best practices across multiple divisions can be a challenge.

As an Axiom lawyer and team lead who works with a major athletics and apparel brand, David McIntyre knows this scenario all too well—and is working hard to use the Axiom model to fill in the gaps with systems that foster connectivity, communication, and overall workflow. The result? A more efficient, highly collaborative legal team that enables the client to make real progress toward its overarching goals.

“We have the ability to gather intel about how different work is going on within the company, and how it’s handled in different pockets of its legal team,” says David. “The client appreciates that, because it’s helping to advance their legal goals.”

A depth of experience with product and IP

With 31 years of experience under his belt, David began his legal career focusing on product liability litigation for a New York City law firm. However, it wasn’t long before he felt pulled toward the emerging field of IP litigation. At the time, it was a legal area that was developing rapidly, and David felt naturally drawn to it.

“It was an area a lot of lawyers shied away from because it’s pretty technical and involved, but having been a biology major in college, I was comfortable with handling technology-heavy cases,” says David.

After finding his footing and hitting his stride, he found himself heading west to California in 1993. The Golden State had no shortage of career opportunities for both him and his wife, a fellow lawyer he met in law school. After fortuitously landing a federal clerkship in California with a newly appointed judge (having previously clerked right out of law school helped land this role), he joined a firm handling all manner of IP litigation—from patent to trademark to copyright—for major tech companies.

“After 10 years combined at law firms, I eventually moved in-house and took on a general counsel role, rotating between five different medical device companies within a global Fortune 50 life sciences organization,” David shares. “It was a good phase in my career, and the timing was great.”

He eventually took the helm as senior director, special projects (legal) for their parent company. Here David was able to further sharpen his leadership skills, heading up projects around initiatives like corporate social responsibility and development, and mentoring of legal professional associates. It was while carrying out a contract management system transformation that he encountered Axiom on the client side.

“When my tenure ended and I was exploring different options, Axiom was one of the places that stood out for offering a different path than being a traditional in-house lawyer,” says David, who came on board at the end of 2018. And, David adds, “I was impressed by the high legal caliber and service orientation of the Axiom attorneys that I was working with from the client side.”

David began his Axiom life by stepping into a team lead position for a leading global athletics brand—a role he loves. His early months were spent helping to onboard new Axiom lawyers and more efficiently coordinate routing of work, though this quickly evolved into more in-depth, value-adding tasks for the client.

One such task was leading development of a comprehensive knowledge capture system, via a team knowledge site hosted on the client’s server. It was a huge undertaking that involved overhauling the current system and leveraged technical skills of fellow Axiomites. The goal was to bring information up to date and, most importantly, make it more accessible and user-friendly so the Axiom legal team could seamlessly contribute to, and use, the site.

“We wanted to create a space where the entire legal team could lay out the nuances of their workstreams, for their own reference and use by other teammates,” says David. “If, for example, the work in your area expands and we need to add second and third chairs, this information will help get them up to speed. Alternatively, if you’re out sick or are just swamped, we need to have other people be able to pick things up and keep moving.”

David is helping to reimagine the way Axiom supports its clients in other ways, as well—primarily the way in which legal work is assigned. At the end of the day, the client is outsourcing work in order to focus internal legal resources on more strategic tasks.

“We’re helping them do that outsourcing in a smart way,” says David.

The work itself is split into two main realms—deal work and counseling, and content development (i.e. developing new contract templates and playbooks). Negotiation work is generally funneled into a contract management system. From there, some of it is then routed to the client’s in-house legal team for additional vetting before they decide if they want to send it to Axiom or handle the matter themselves.

“That’s one model, but another model we’ve been piloting is called direct engagement,” David shares. “For some of the work, it takes out the middleman so that the client’s legal team doesn’t have to do that additional vetting. We do this for areas where they feel confident that we know what’s needed, which helps offload work that distracts them from focusing on higher profile matters.”

David and his team are currently in the process of expanding this direct engagement model to other workstreams, given the success of the initial pilot.

Across the board, Axiom is touching so many different parts of the client’s legal department. That means we’re ultimately helping to connect in-house lawyers who may have traditionally worked in silos.

“Busy in-house attorneys or paralegals don’t always have the bandwidth to share best practices between legal sub-departments, so clients really appreciate us breaking down those silos by sharing information across the team, and then leveraging learnings across their own busy legal teams.”

David’s interests are far-reaching and extend beyond his work. He happens to be an avid birder who studied ornithology, or the scientific study of birds, in college. In fact, he has published two scientific papers on bird studies and has been on the board of various Audubon Societies since high school.

“Birding and environmental protection and health are definite passions of mine,” he says.

David has also spent the last two years on the board of an environmental health crossover NGO called EcoHealth Alliance, which conducts scientific research and works on public health policy, in the hopes of helping public health authorities and governments around the globe prevent or mitigate pandemics.

A future of efficient legal services

Like all industries, the legal world is continuing to grow and change. David sees more companies and attorneys embracing the Axiom model as awareness builds. In addition to the cost benefit, clients have the opportunity to streamline their operations and run more efficiently. For attorneys, the model allows for a flexible work-life balance, and the opportunity to take engagements that are in line with their specialty areas.

“I see an increased leveraging of technology that provides efficient delivery of legal services as another trend that’s been going on for some time, and I expect it will continue for the foreseeable future,” David adds.

Through his work, David is actively helping to shape the future of legal—and the way it can ultimately support business innovation. Connect with the Axiom team to join other attorneys like him and learn more about our vision.

Portrait Of The Customer-Centric Legal Function

Mark A. Cohen discusses how the digital transformation necessitates a focus on customers and how it is a paradigm-shifting journey that must include legal.

The Definitive Playbook for Building Legal Departments at Growth Companies

Four Benefits of Hiring Lawyers Through a Digital Platform