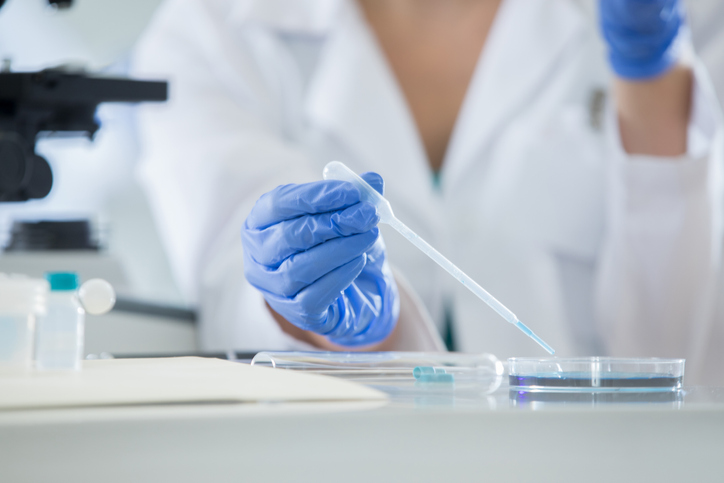 With more than 5,800 lawyers and growing, the Axiom network represents highly credentialed, top-caliber talent and our commitment to diversity and inclusion. Our lawyers have a range of experience, from legal professionals at the beginning of their career to those with decades of experience. Our network enables you to find the right legal talent for your team, with the experience and expertise that you need.

Get to know Zachary Kosan at a glance:

Not many transactional and IP attorneys have a master’s degree in medical science, but it is something that helped Zachary Kosan find a home at Axiom. His extensive STEM background is a sought-after legal asset among large pharmaceutical companies.

He focuses primarily on helping his clients streamline their clinical-trial agreement process primarily with international contract negotiations. This demands a firm understanding of both the legal and cultural nuances of working in foreign jurisdictions.

Zachary enjoys the challenge of his Axiom engagements and credits Axiom’s flexible work model and forward-thinking company culture with helping him attain a healthy work-life balance — something that can be tricky for lawyers.

“I see it more that I have a job to support my life. I don’t have a job that is my life,” he says. That perspective is what enables him to take engagements that interest him and go all in once he is committed.

Zachary came to Axiom following an in-house position at a small clinical-stage pharmaceutical startup. He took his first engagement in February 2020 and helped a multinational pharmaceutical company work through a huge backlog of contracts. Many of the problems he solved had to do with the inefficiencies that often come up when pharmaceutical companies partner with contract-research organizations (CROs) to carry out clinical trials.

“Typically, the pharmaceutical company will engage a CRO that identifies the sites and does all the budget and contract negotiations and then escalates issues to the company as necessary,” he says. “The problem is that this has always been a huge bottleneck in the clinical-trial process.”

Zachary was able to improve contract tracking and workflow systems. He also helped clear their entire backlog, which enabled clinical trials to get off the ground. The company focused on cancer drugs, so it was an accomplishment that made Zachary feel particularly proud.

“The faster these contracts can get completed, the faster the sites can activate and actually start enrolling patients and generating data for the trial,” he adds.

At his second engagement, he is working with a pharmaceutical company that specializes in respiratory infections. Zachary, along with two other Axiom attorneys, is tackling all the legal negotiations -- leaving CROs to handle budget and regulatory matters. With his team doing the frontline negotiations, the contract turnaround time has decreased substantially.

“Our clinical team has been saying this is the first trial they’ve ever worked on where finalizing legal language was not proving to be the limiting factor in getting the trial rolling,” says Zachary.

This work has real-life repercussions when it comes to developing new therapies and medications for people who need it most. Zachary says that Axiom is also valuable to these companies because they do not, necessarily, need a fully loaded in-house legal team. Axiom allows them to bring attorneys in on a project-by-project basis, and then roll them off once the projects are completed. This both increases efficiency and saves money.

From studying science to practicing law

You might say that legal work is in Zachary’s blood -- his parents are lawyers who met in law school. “I grew up listening to my parents talk shop over dinner,” he says.

While he was pursuing a bachelor’s degree in biology at Washington University in St. Louis, Zachary worked as an executive assistant in his father’s matrimonial practice, which sparked an interest in law that never really left him. From there, he headed to the University of Alabama at Birmingham where he was on track to earn his Ph.D. He completed all the coursework and qualifying exams but had discovered along the way that while he loved science, he was not as in love with doing the science.

“I found it frustrating because I wanted something where I could have more control over what was going on and see more immediate results,” says Zachary. “With the law, I can negotiate a contract and see that go out and be done. But in the lab, it can be months between conceiving an experiment and seeing a readout, and that readout might not even be anything meaningful.”

Zachary ultimately decided to graduate with his master’s in basic medical science. His next stop was law school at Northeastern University where he graduated with a double concentration in intellectual property and business law.

Directly out of law school, he began an in-house role with a pharmaceutical startup. Within the first few months, he was giving presentations to the board of directors, the business advisory board, and VC investors.

“I eventually took on the bulk of the transactional work at the company from nondisclosure agreements to clinical trials to reviewing property leases when the company was moving,” he says. “I’m particularly proud of the fact that I had a direct hand in where the company was going and how they were doing. I wasn’t just a junior associate cog in the machine. I was actually the person getting things done.”

Hitting his stride at Axiom

“One of my only regrets of going in-house was that I spent four years working for just one client,” says Zachary. “The one big experience I didn’t have was working for different clients. Axiom has given me the opportunity to keep that in-house-style role while getting experience from moving from engagement to engagement.”

Zachary found that his three-to-six-month engagements allow him to connect to the company’s mission and culture without making a long-term commitment, which is a structure that also cuts down on the time and cost companies spend onboarding new lawyers.

“Axiom gives clients access to a talent pool they wouldn’t otherwise be able to get for project-based and short-term work,” he explains.

He also recognizes that law firm billing rates are often through the roof, which can be cost prohibitive for many pharmaceutical companies. Many lawyers at law firms are working on multiple projects, which can make clients feel as though they are competing for their attention.

At Axiom, Zachary is able to pursue his passions beyond science, intellectual property, and law, including competitive ballroom dancing and spending time with his family. Joining Axiom has allowed him to move back and forth between these different parts of his life without feeling overworked.

“Culturally, in the legal profession there is always that masochistic tendency to brag about how many hours you’re working and billing and how little you see your family,” he says. “I think with millennials and Gen Z coming in that might finally start to change.”

Having access to on-demand legal talent can help companies reach their goals faster and more efficiently. Access our network of over 5,800 lawyers globally to find a lawyer like Zachary with the experience and expertise to fit your company’s needs.

The Many Sides of Miami-based Axiom Lawyer Alina Denis Jarjour

Alina Denis Jarjour brings experience in life sciences, compliance, and mindfulness to her work and practices law in both English and Spanish.

The broad scope of the LIBOR transition calls for clear protocol and specialized financial and regulatory knowledge.

How Will the Great Resignation Affect Legal Departments?