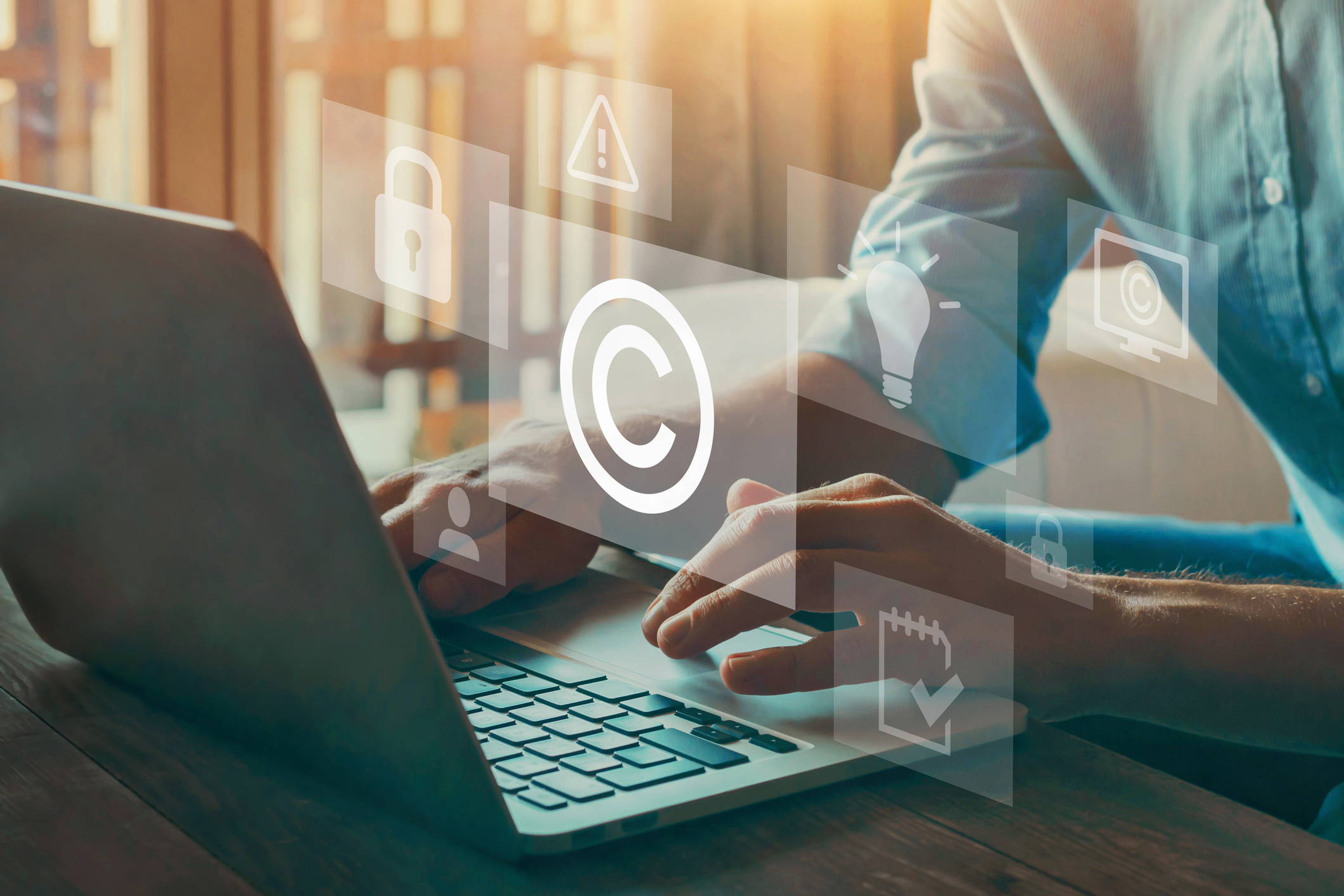 How Are Legal Departments Innovating in 2022?

On August 10, 2022, the Higher Bar explored how legal departments are innovating. The webinar’s panelists included:

What is a Director of Legal Innovation, and what does the role entail?

“My team is responsible for evaluating the legal department's current technologies stack, determining what's working within that stack, where there might be some gaps, where our stack could be expanded, looking at things that might need to be replaced, or looking at areas where we haven't explored technology before,” shared Christina, when asked to describe her role. It goes beyond technology, though: “My team also looks at process improvement opportunities,” she continued, explaining that her team helps to determine whether there are better ways of delivering legal services and working with partner organizations. She described her job duties as “a pretty broad remit.”

One of the things that Christina enjoys most about her role, specifically, is that she has the opportunity to work not only within legal, but across different products, businesses, and technology teams. “It really does take a village,” she explained, especially when working for an enterprise company.

After graduating from law school, Christina kicked off her career by doing large-scale document review staffing before moving to information and selling best practice guidance to large in-house legal departments. “Being the nerd that I am,” Christina shared, “I spent a lot of time actually reading the information I was selling, which got me even more interested in in-house corporate legal practices. And I really started thinking about that. That's where I wanted to go with my career, was in-house, and understanding all of these theories that I'm teaching people about.”

Moving in-house would allow Christina to further explore better ways of doing things: “I always like to be a little bit of a contrarian or a little bit disruptive. The legal profession is based on precedent and history. So what can we do to be a little bit disruptive in that?” That's when Christina started to examine legal process outsourcing, which is what her job would have been called at the time. The process of outsourcing legal work to offshore, nearshore, and then eventually bringing it back onshore, depending on the cost, was what started to develop her interest in technology.

Tyson’s journey to becoming a Director of Legal Innovation was a bit different than Christina’s. “I was nervous about the thought of leaving the practice of law,” he explained. “I've practiced for 13 years in a number of different roles, including private practice, in-house, litigation, transactional, and regulatory. I

had really identified as an attorney prior to this, so I, I had some trepidation about the role,” he continued.

But after conversations with colleagues, he started to reflect on what he really enjoyed. “They all asked me some version of the same thing, which was, ‘Well, what do you or what have you really enjoyed doing in your career? What have you really leaned into?’ And when I started to think about it, it was always those things that were a little less traditional, a little less established that I enjoyed most. Whether that was supporting the business side, supporting the legal needs of one of the business side innovation teams, helping establish our first ever team focused on blockchain, or even in private practice, getting licensed in a different state to help open up a satellite office, I just always seemed to gravitate towards those things that are less established, a little less traditional.” For those reasons, accepting the Director of Legal Innovation role was an easy decision.

In his current role, Tyson doesn’t practice law: “When I took this role, my mandate was very broad, so I had to spend the first few months trying to answer why I was there and why my team exists. And as part of that, what can my team do better than anyone else in this department? What are we best positioned to do? It really came down to new ideas and using all our resources and all our capabilities to source, explore, test, and learn from new ideas.” It's not necessarily about technology or alternative providers, though. Tyson believes there’s a fine line between good project management, problem-solving and actual innovation: “The idea of having to do something new doesn't mean that the thing itself has to be brand new.”

How are corporate legal innovation knowledge and best practices shared within the legal operations community? How does someone get started in the field of legal innovation?

“There are a lot of different groups that are coming together to try and just exchange ideas,” Christina explained. “It's wonderful to be with individuals who understand the complexities of working for such a large and highly regulated organization because different organizations have different challenges when it comes to internal maneuvering or onboarding of technologies and what we can and cannot do. It's highly regulated and the governance and risk framework are really hard spaces to navigate.” For this reason, Christina has found having this specific group where representatives from financial institutions come together to share ideas has been invaluable.

Legal innovation is a growing field, and today it isn’t unusual to meet others with the title of Director of Legal Innovation. For those interested in that or a similar role, Tyson encourages them to cherish their allies: “Cherish the people whom you are going to rely on to help push your strategy and your innovation agenda forward. I think when you're speaking about some of these ops groups, or when you go to these ops groups, we talk about this in general, and it's critically important within the larger ops community, but specifically in innovation, where you are really relying on others to try something that you've brought to them, do something that they haven't done before, or push themselves out of their comfort zone. It's hard to come to them if you haven't done that work, or if you're not totally familiar with them.”

Tyson considers himself lucky to have so many professional colleagues he would consider friends. He believes it’s important not only to protect their time but also to celebrate them however and whenever he can.

What does legal innovation mean in the in-house department in 2022?

Christina takes a conservative approach to the concept of innovation. She doesn’t ascribe to the notion that something has to be disruptive to be considered innovative; it can simply be approaching what has historically been done in a different way. “Sometimes it's something incredibly, incredibly basic that would be considered innovative for a particular group,” Christina shared. “And it changes the way people approach their job,” she continued. “Maybe it helps mitigate risk. Maybe it helps increase efficiency. But I think innovation people try to make it more than it is sometimes. And sometimes it's just about changing the little things. It’s almost like a butterfly effect. Maybe by implementing a workflow, we reduce the number of emails that need to be sent. We reduce the manual data entries. We have dashboarding, we have reporting, and we can do all of these new, cool things that will revolutionize that particular area. So when someone says, ‘Hey, I need workflow,’ there's nothing sexy about that. But it's pretty innovative for certain groups.

Tyson agrees. “The truth of it is legal is not typically going to be the first audience for any innovation,” Tyson shared. “In other words,” he continued, “the first huge tech companies were companies like Salesforce and Microsoft. These were not companies that were necessarily geared at legal, but legal still can now benefit from a lot of that innovation that's happened. So I sort of describe it as innovation moving downstream in the enterprise from the kind of the front-facing part of the business sales marketing now eventually making its way to HR, legal, and accounting.”

How is the economic downturn affecting innovation within legal departments?

Despite the economic downturn, Christina and Tyson both agree that it’s still a great time for innovation strategy and efforts. And innovation can help enterprise companies when they aren’t in a position to hire more headcount. They recognize that the complexity companies face today necessitates innovation more so than ever before.

Tyson shared a mundane insurance regulatory issue as an example: “If someone approached a legal professional 40 years ago and asked them, ‘Can we do this in X state?’ The question had a pretty simple answer. It was, ‘What does the state regulation say? And what has the commissioner of insurance said there?’ And that was probably good enough. Now you've got all these layers of nuance, like do they have locations elsewhere? Are we sharing data? Then there’s privacy and security. Are there ESG considerations? We have to think about that. Are there DE&I considerations? This is really important to us. And then there’s social media sitting on top of all this. We need to think about that. You need to add on all those layers of kind of nuance and complexity.” In other words, companies cannot afford to not continue to work on innovation, despite the economic downturn.

View a recording of the webinar here, or contact us to learn how to become an Axiom client or lawyer.

Why Remote Legal Work May Become the Norm in Law

How working with remote lawyers can enable in-house departments to find legal talent who are the best fit for their needs.

Legal departments are finding themselves at the crossroads of the growth of legal tech and the battle for legal talent. The question is: how and where do tech implementation and talent retention interact?

How Are Legal Teams Responding to the Economic Downturn?

This episode of the Higher Bar explores how the economic downturn and inflationary economy are impacting the legal industry and legal departments.

How Are Legal Teams Responding to the Economic Downturn?